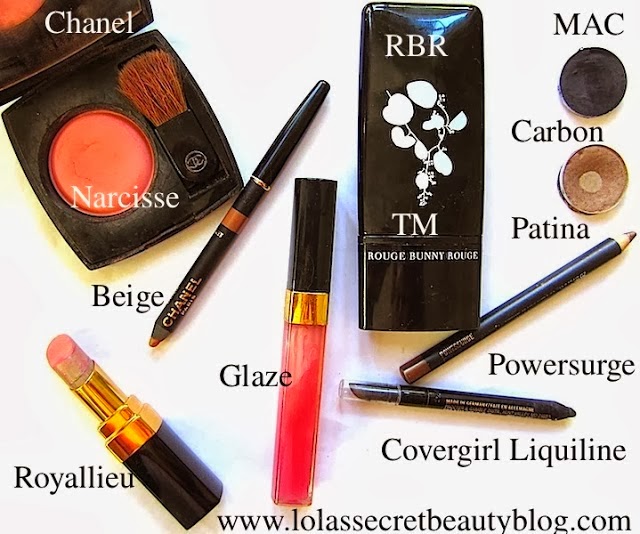 As you may remember, back in October I launched Project Make-A-Dent in an effort to use some of my loved (yet neglected) makeup. The picture above illustrates the extent to which I had made a dent in each of the chosen products when I launched the series. The picture below shows you how much I  used by December 28, 2013. 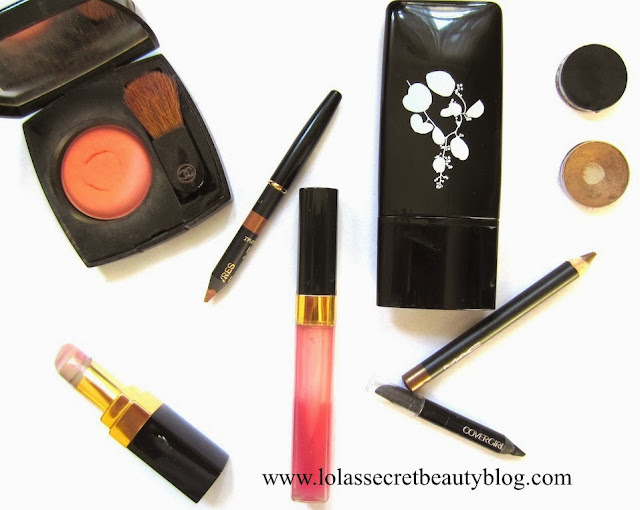 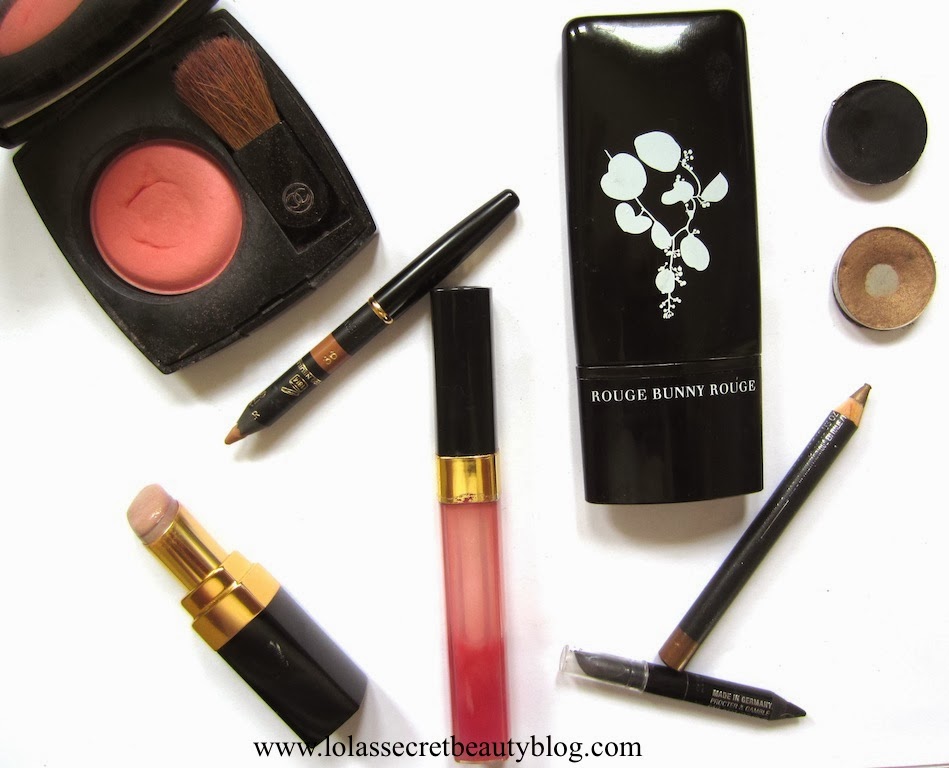 The most obvious monthly changes have been in my use of the Chanel Rouge Coco Shine and Glossimer. Between October and December it was clear that those two products were really getting used with great regularity, but it wasn't until January that they both began to look on the verge of empty. I am really excited that I have managed to make such a significant dent in both of them! The Chanel Lip Pencil, the MAC Eye Kohl and the Covergirl Liquiline Eye Pencil continued to get used, but there doesn't seem to be a significant change in their size since December.  I am also pleased that the Chanel Joues Contraste is continues to look well-worn, but I am still nowhere near hitting the pan. Once again, my use of the two MAC eye shadows, Carbon and Patina, is far less impressive than expected. The Rouge Bunny Rouge Tinted Moisturizer, which I had bit neglected over the last few months, finally is getting more use! I reach for it often and suspect that it has made a pronounced difference in the amount left in the tube. All in all, I would say that I did a pretty good job in January, but I think my use of the Rouge Coco Shine and Glossimer was the real highlight!

Click here to see who has joined the project! Please join us! You don't have to be a blogger-- you can simply upload your pictures to #projectmakeadent

Copyright © 2013 www.lolassecretbeautyblog.com All Rights Reserved.
Posted by lola seicento at 7:52 AM