Project Make-A-Dent: The Makeup Edition- The One Month Progress Check! 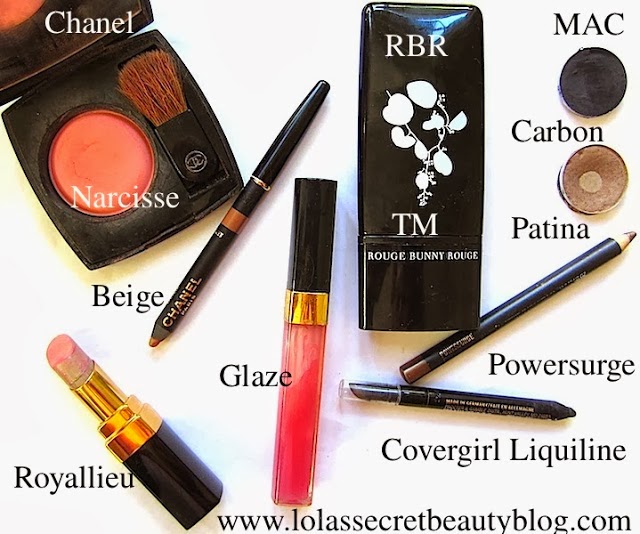 As you may recall from my original post here, one month ago I decided to make the bold move and begin the task of using up a few bits and bobs from my makeup stash. The idea was that we get tempted (and often succumb) to all of the gorgeous seasonal collections and often forget about the many things collecting dust in our makeup drawers. I decided to offset some of my unabashed consumerism by making a real and concerted effort to use up a few things in my stash, or at the very least make-a-dent in them. I am looking for more of you to join me by attempting to do the same thing with me. This does not mean that you need to consider imposing a "no-buy" just that you single out a few things that you have and make an effort to use them. 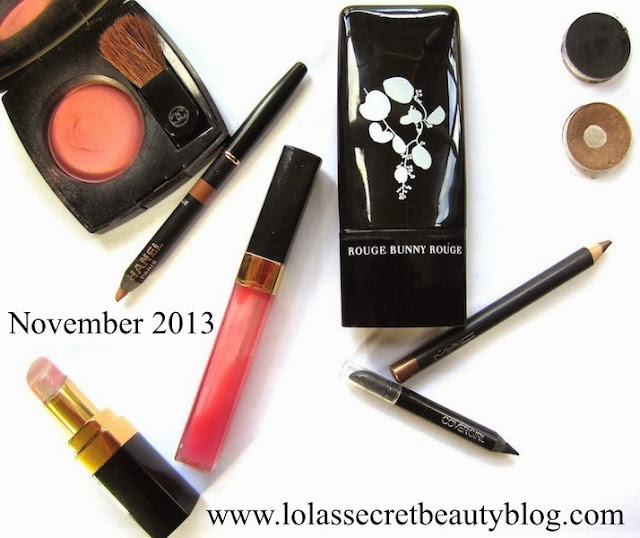 The results after one month:
1) I used the Chanel Joues Contraste Blush in Narcisse quite a bit, but the pan only appears a touch more used up.

2) I used the Chanel Lip Pencil in Beige enough to have sharpened off the "C" and part of the "H"-- so I was pretty pleased.

3) The Rouge Coco Shine in Royallieu is noticeably smaller since I carried it around in my handbag and used it frequently.

4) I also was surprised that I made a pretty decent dent in the Chanel Glossimer in Glaze-- I actually found layering the three Chanel lip products together were quite lovely.

5) Since the Rouge Bunny Rouge Tinted Moisturizer comes in an opaque tube- there is no way for you (or me) to gauge how much I actually used, but in the spirit of full disclosure I could have made more effort! I used it about 10-12 times during the whole month and don't really think that it made that much difference.

6) The MAC Carbon and Patina Eye Shadows look pretty much the same as they did last month. I used them a couple of times, but not enough to make any real difference.

7) The MAC Powersurge Eye Kohl is definitely smaller than before, and I reached for it enough to remember just why I love that eye pencil so much (it's just stunning).

8) The most dramatic transformation is undoubtedly the Covergirl Liquiline eye pencil-- this is an amazing rich black that gives me the perfect cat eye every single time, and it is so affordable!

How did you do this month? Did you make a dent? Did you finish any of your makeup?

I invite all of you to join me on this quest. If you aren't active in social media, then leave your monthly results in the comment section of the posts. If you are active on Twitter then let's use the hashtag: #projectmakeadent My Twitter handle: @lolassecret


Copyright © 2013 www.lolassecretbeautyblog.com All Rights Reserved.
Posted by lola seicento at 8:31 AM