Zeus Dreams that Mount Olympus is Filled with Makeup Brushes 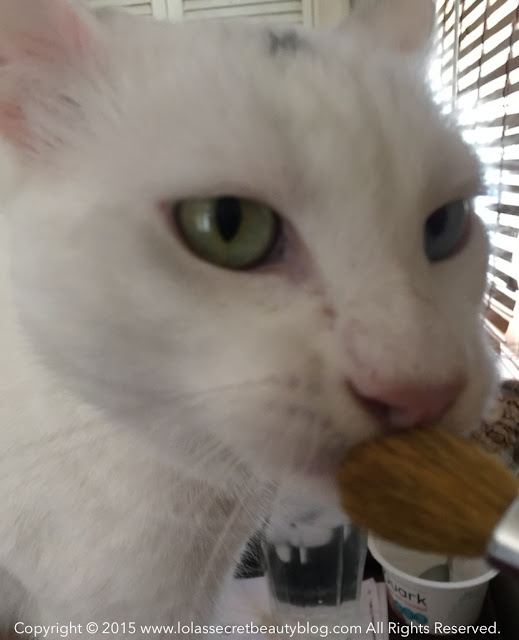 A more peculiar cat, I know not. Zeus, as I have often noted, is less like a cat and more like some sort of extraterrestrial, or at the very least he's a feline aberration. Sure he does so-called cat things, periodically, but when he does there is a distinctly non-feline sensibility to the way that he approaches his world. At his very core, he is quite uncat-like, and his peculiarities lack clean categories associated with any specific species. 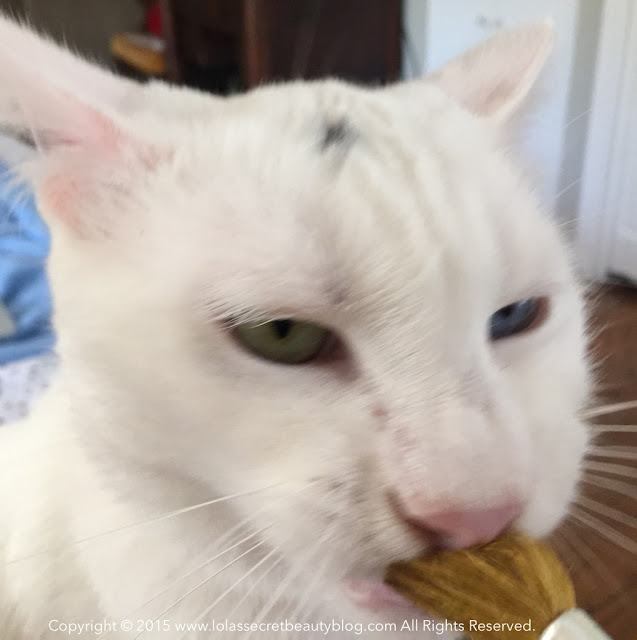 One of his greatest preoccupations, as you probably remember from this exposé on his proclivities, is the makeup brush. However, he has very specific taste, and for him everything pales in comparison to goat brushes.

He deftly breaks into closed cabinets behind closed doors to retrieve my old, but beloved, Guerlain goat hair brush. He then runs around the house triumphantly with it in his mouth as though doing a victory lap of sorts. While I was unwilling to sacrifice that particular goat to his demented cause, I was willing to give him the ungoatly brush shown in these pictures. This brush lacks that certain je ne sais quoi that his beloved goat hair brushes embody so perfectly, but in a pinch even a subpar brush will do. 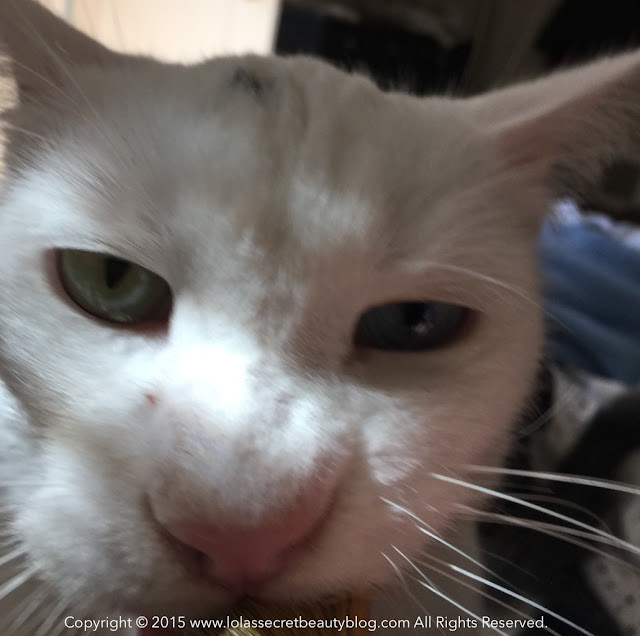 There is a whole ritual associated with the worshipping of the brush: from smelling it, to touching it, to chewing on it. Each step is approached with a intense fervor and engagement. He becomes singular in purpose, and nothing breaks his focus as he worships the brush. 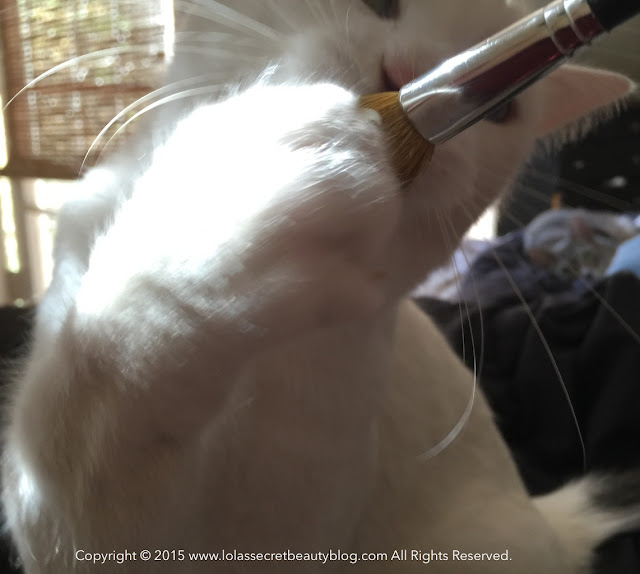 Examining the tactile effects of the brush is of paramount importance, and sniffing and rubbing always precedes licking, biting and chewing. 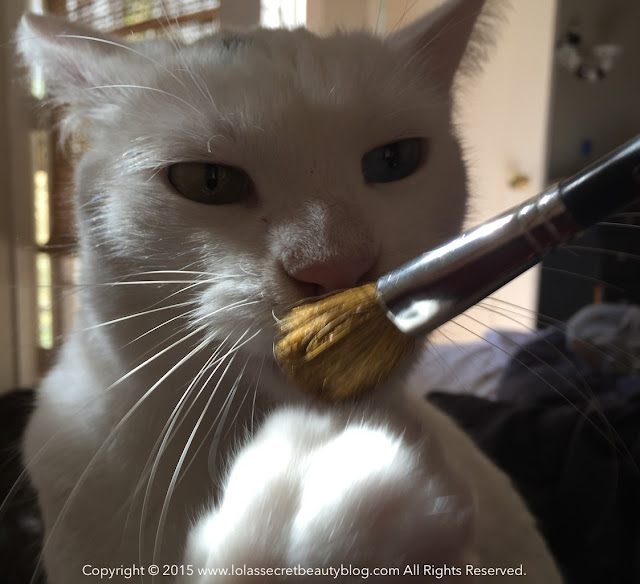 There is a certain elegance to the way that he gently caresses and marks his brush (yes, his brush since I sacrificed this one to the cause), and he always demonstrates a certain reverence for his beloved. 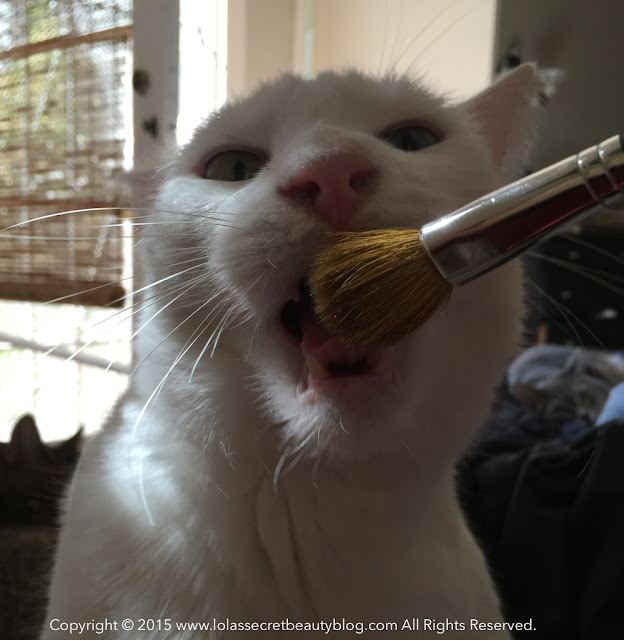 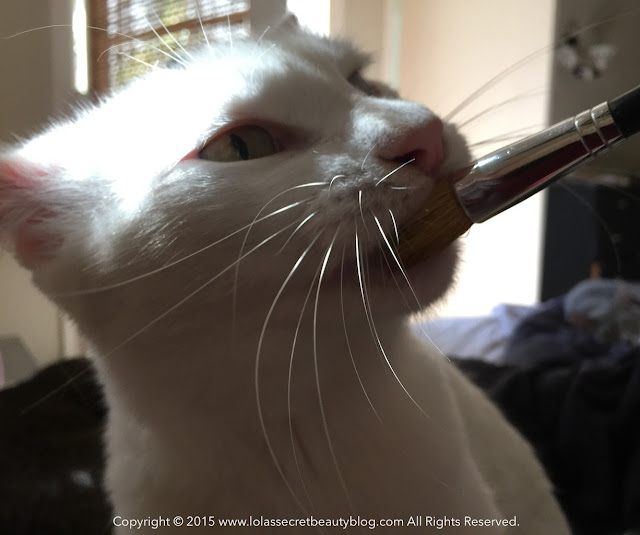 "While this isn't my favorite goat, or a goat at all for that matter, I am growing quite fond of this brush." 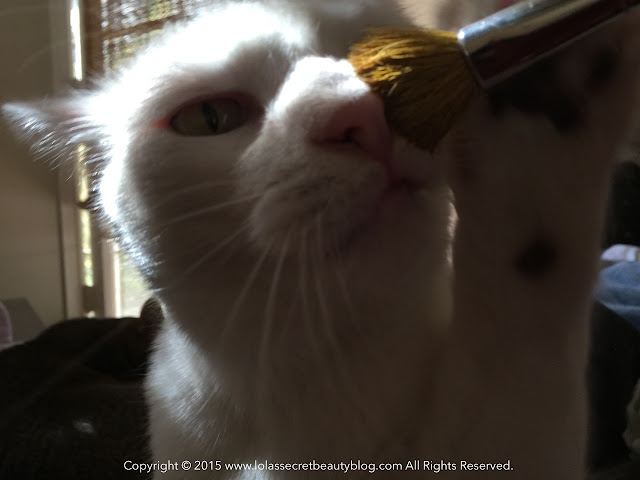 "Now that feels delightful, and I can see why you rub brushes all over your face– even though it tortures me when you don't share them." 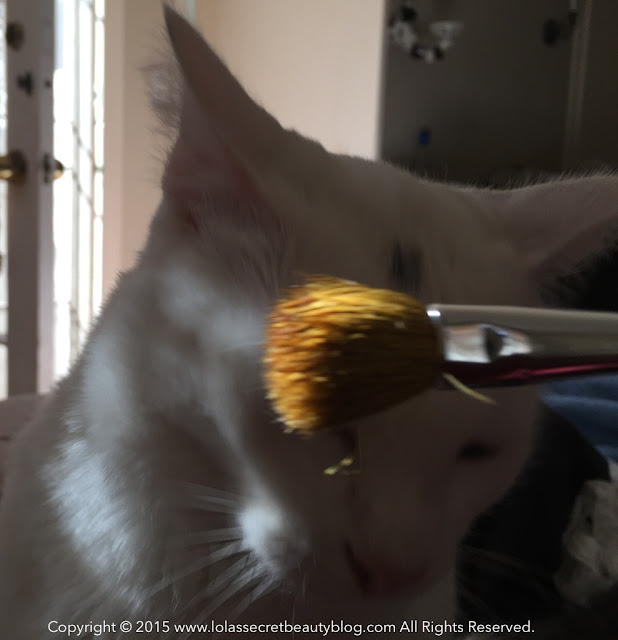 Once his eyes fall to half-mast, Zeus is ready to drift off into a peaceful slumber, and in his dreams he sleeps on a bed of the softest, and most exquisite, goat hair brushes– the likes of which are unknown to mere terrestrial beings.

Copyright © 2015 www.lolassecretbeautyblog.com All Rights Reserved.
Posted by lola seicento at 7:54 AM