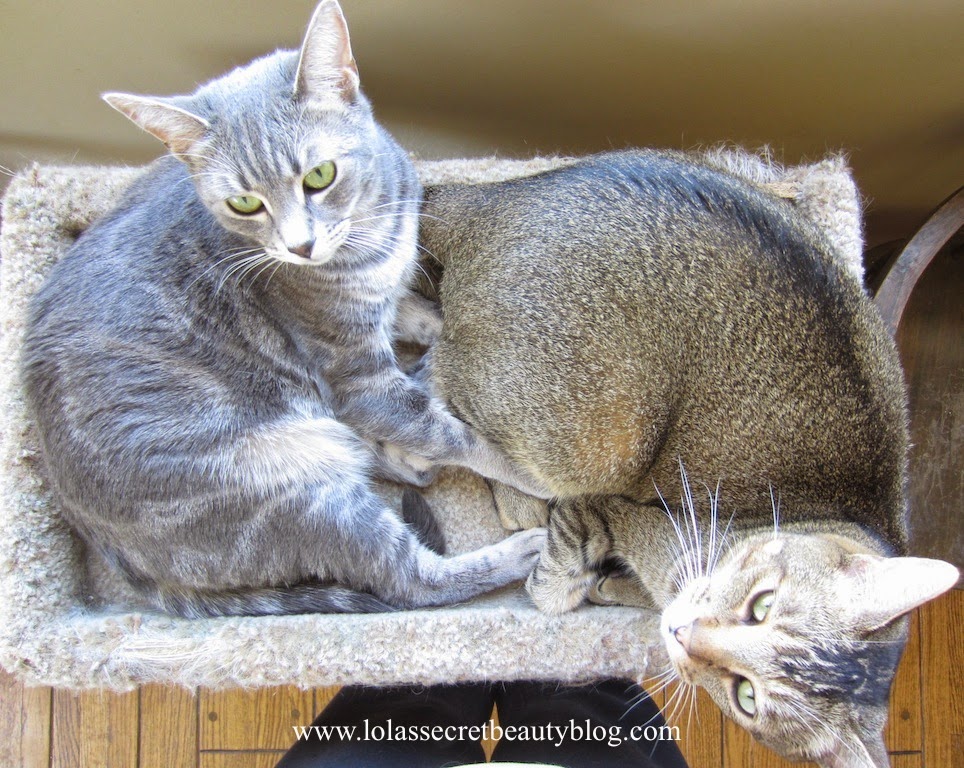 Zoe took a liking to Jasper right away-- in fact just about everybody took a liking to this gorgeous creature. Jasper is essentially the Adonis of our feline family-- a fact about which the other cats seem to be keenly aware. Zeus and friends often mount Caligula-esque escapades against this beautiful, yet slightly dim-witted, affectionate Beta Male (who lives in a household of Alpha Males). Zoe, on the other hand, cunningly laid claim to him by sharing her condo with him. Jasper happily cohabitates with his petite gray tabby girl. 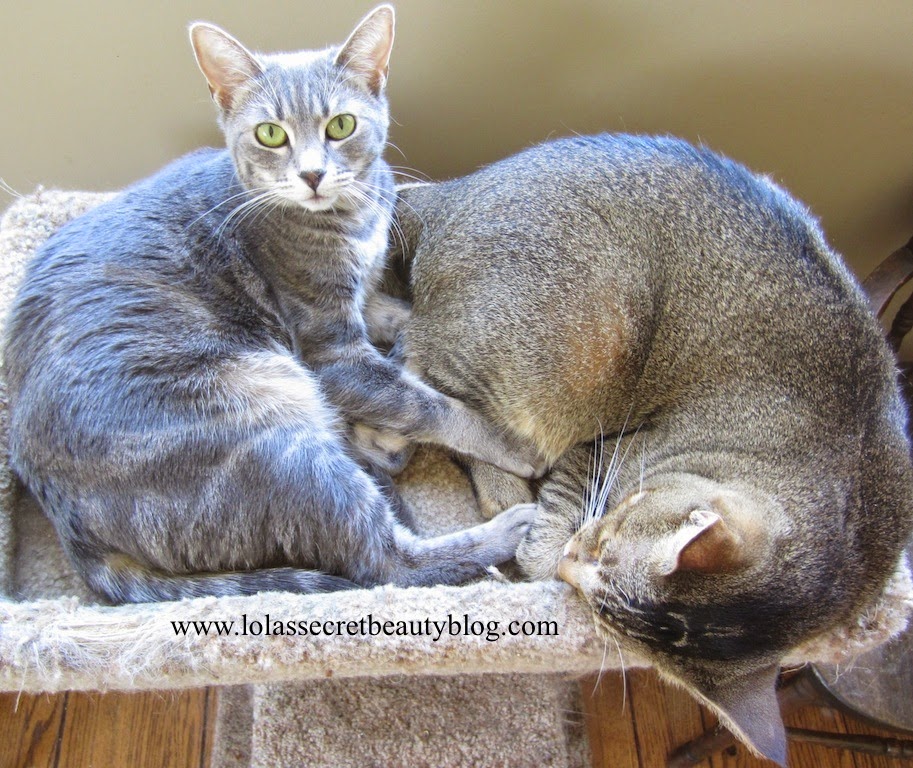 Zoe, with her huge beautiful green eyes and tiny little face, somewhat resembles an alien or an Anime character-- and as such we often lovingly refer to her as Anime (or Anna May). 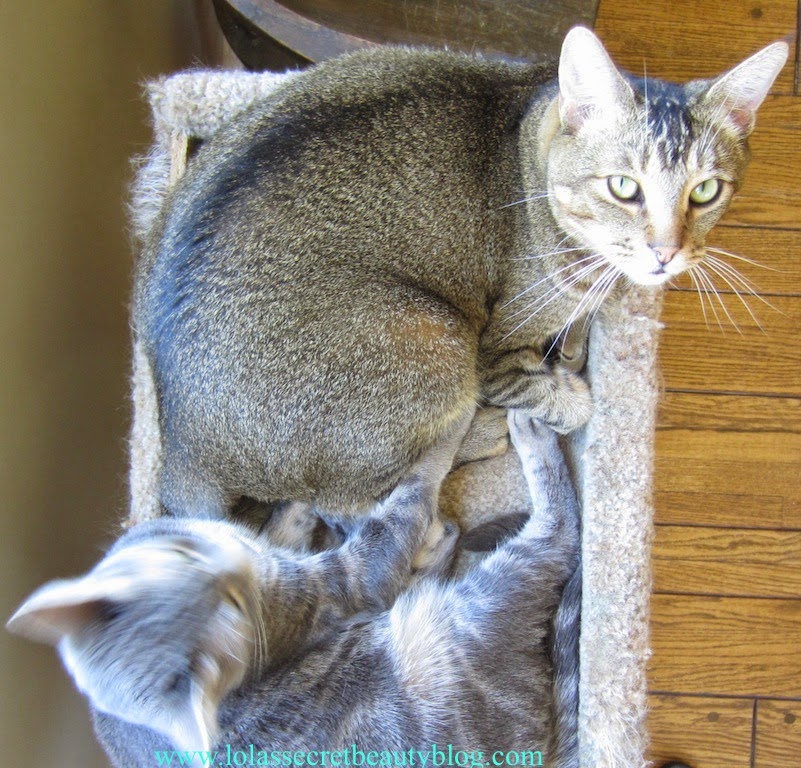 Jasper is one of the most affectionate creatures that I have ever known, and he most definitely formed his deepest attachment to me. Whenever I sit on the couch he sits behind me on the cushion and wraps himself around my head and shoulders. The timber of his purr is sweet and steady, and he often drools when he feels particularly happy, safe and secure. When I sleep at night, he is happiest when he slumbers with his head resting on mine while purring effusively. When he looks into my eyes he gazes lovingly-- and just as Zoe has laid claim to him he has done the same with me. 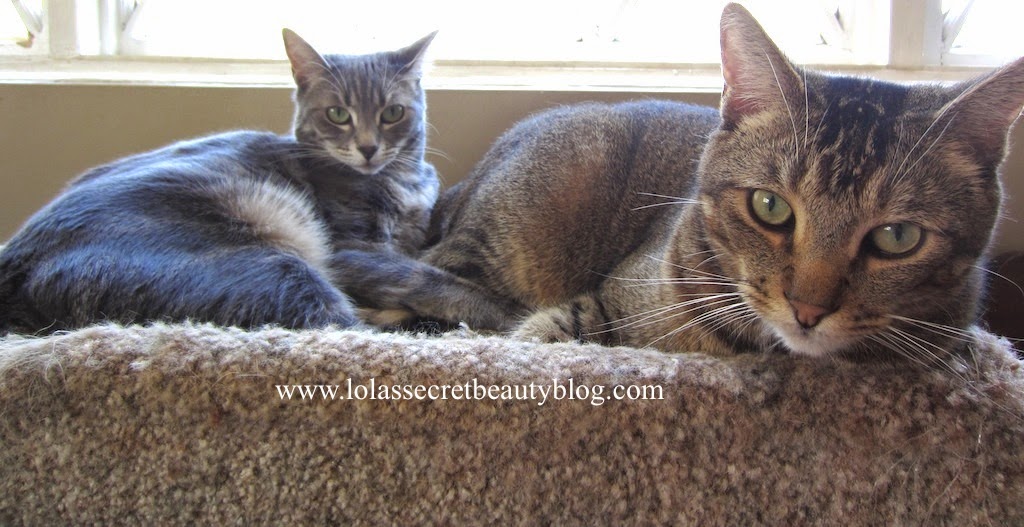 One might think that Zoe would have misgivings about Jasper's pure and unadulterated love for me. However, she does not-- in fact, she imprinted on me in much the same way (thankfully minus the drooling). 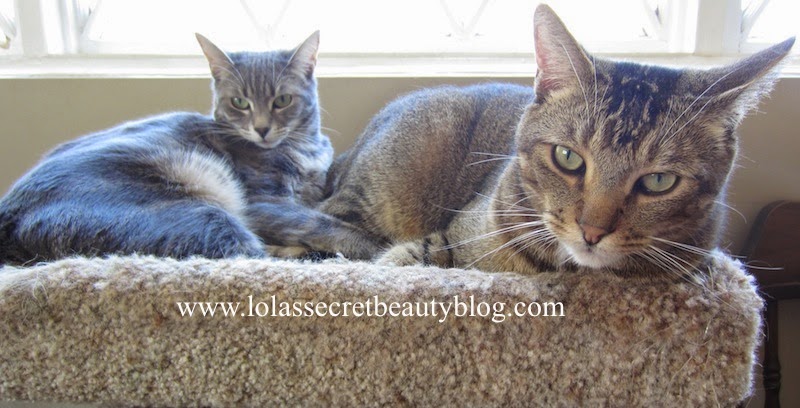 Yet, Anime and Adonis share a very special sacred bond that is utterly heartwarming, and certainly not a given in a multi-cat household where personalities often clash. 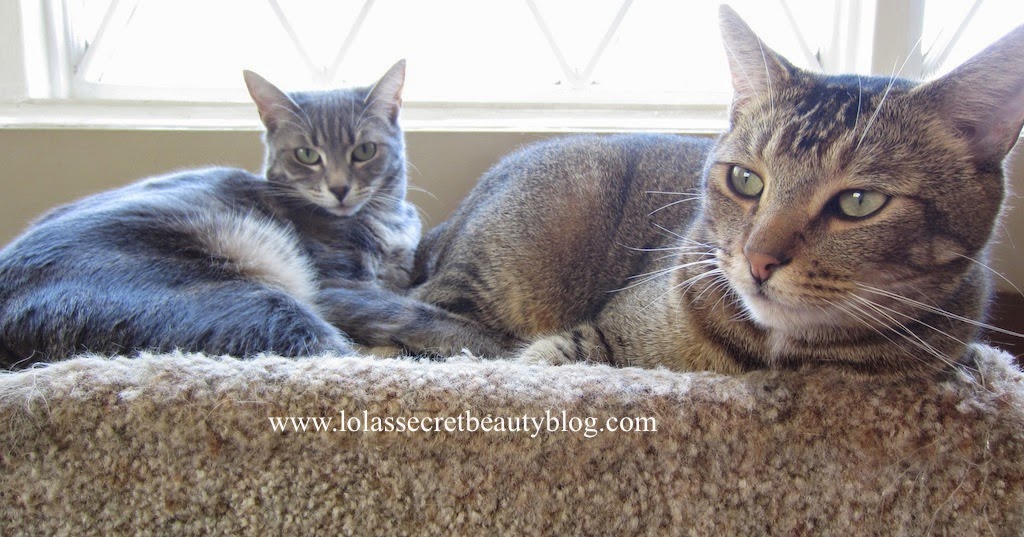 While Jasper is a Beta Male, Zoe is no Beta Female. In fact, this feisty and diminutive ultra-bright Alpha Female has real Chutzpah as she unflinchingly stands up to anyone who challenges her. While these two could not be more different in so many ways their kinship bond is deep, true, and utterly heartwarming.
Posted by lola seicento at 9:05 AM