Oliver and the Hostile Takeover 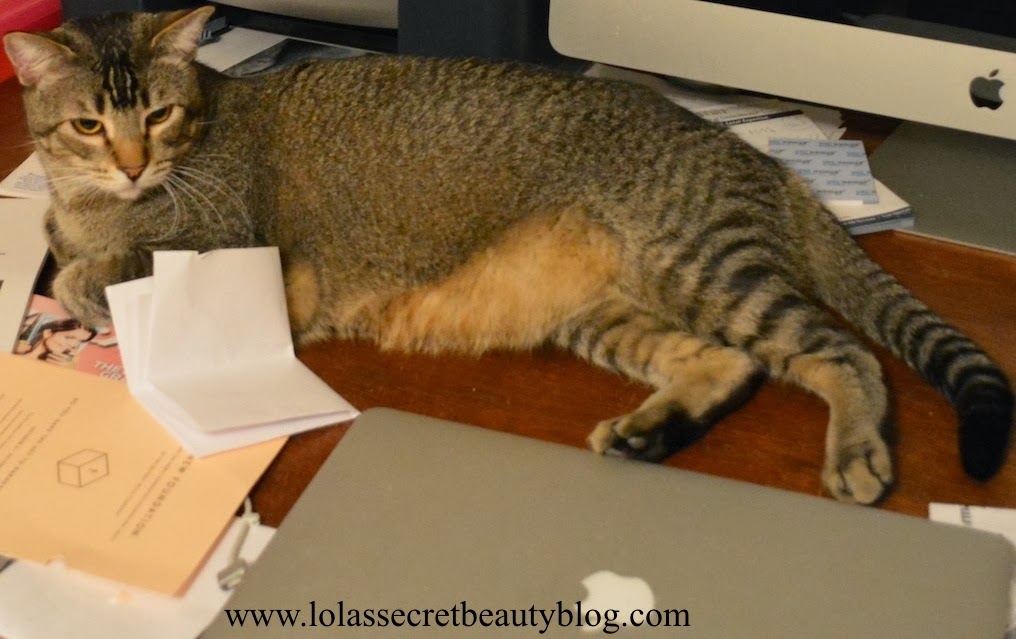 I have previously mentioned the extent to which I have to fight for the smallest bit of desk real estate when I work from home, and how the rather barbaric Oliver has a proclivity for shredding only my most important documents, but now you get to see the precursor stages to his demented behavior. This is the calm before the storm, that singular moment when I must take action to remove important papers and to secure the laptop (against which his strategically placed feet rest). You will note the slightly perturbed expression coupled with his nearly fully dilated eyes-- that is all the warning I need that the savage is about to unleash his considerable wrath on my desk, computer and materials his day-lounger because of my transgressive act of using his space to work. He is no dimwit, but instead a calculated loose cannon-- who with one second notice, and for no discernible reason to his unsuspecting victim, will engage in war games. Perhaps his favorite act of violence is the "two-arm take-down" (I am not trying to anthropomorphize this little dictator, but merely distinguish his front from back legs) whereby he will grab the leg of an unsuspecting passerby and hang on for dear life before attacking said leg (and yes, he will hang on while one continues to walk against all better judgment). This rehearsal for war is then used, once honed, on his poor feline housemates-- particularly his rather defenseless pretty-boy brother Jasper the Pacifist. He is more than capable of inciting fever-pitch levels of feline anarchy and civil unrest, and does so with great frequency. This fearless general even leaves Delilah the Pit Bull hiding for cover because of the trail of destruction and unmitigated chaos that he leaves in his wake. To soothe his restless spirit, and to once again restore order, I need only to open a can of his favored food for wartime to give way to gluttony, and for peace to prevail in the Kingdom of Oliver the Great.

Copyright © 2014 www.lolassecretbeautyblog.com All Rights Reserved.
Posted by lola seicento at 8:25 AM