At-Home Microdermabrasion with the Lola 2016 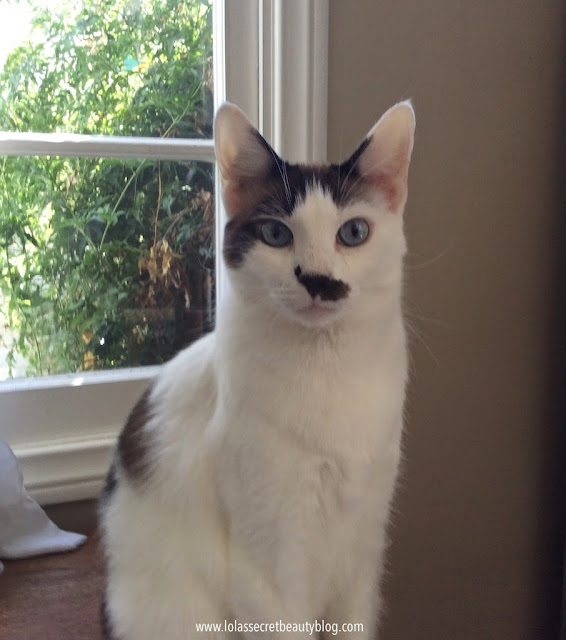 As of late, it would seem that the vast majority of my kitty posts have been to alert you to the fact that one of my beloved felines is either ailing, or has lost his or her battle with an ailment. Therefore, I wanted to spread some kitty cheer about Lola's triumphant post-surgical healing.

When Lola had her bladder stone removed, I had a nice break in my schedule– one of the amazing benefits associated with a career as a college professor– and it was during this time that I dedicated myself to showering her with love to help her heal quickly. She essentially healed exceedingly quickly, and I attribute that to the fact that she basically lived on my lap for a period of about two weeks. I worked from home during that time, and she quite literally would not let me out of her sight when I was in the house. Despite the fact that she was in some post-surgical discomfort she purred all of the time and would nuzzle up to my face and lick me and purr. I do not mean to anthropomorphize her, but her expression was light, open and loving as long as I was by her side.

The greatest surprise, however, is that after she healed she was a completely changed cat. She is now more affectionate than ever, follows me everywhere, and prefers to assume her position on my lap any time of the day.

It seems apropos that the cat, after whom this blog is named, now greets me every single morning by licking my face in appreciation and love. Lola has unwittingly become an esthetician specializing in microdermabrasion, and I am thrilled to be the recipient of her love and beauty treatments!
Posted by lola seicento at 6:03 AM